Sixth issue of the third season of “La Riviere” CD series, « Vaccabons et Malfactours » by Frédéric Nogray is a new work from, and inspired by the series of recordings made around the Taurion Valley.

Dreamlike sonic composition using sounds field recorded by Cédric Peyronnet around the Taurion river between 2005 and 2008. These sounds has been equalized, assembled, layered, edited, composed and mastered at Studio No*Mad in Paris in August and September 2013. 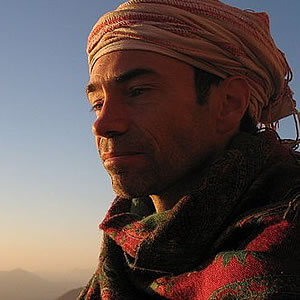 Frédéric Nogray is a self-taught french musician, improviser and composer. He pays a particular attention on sounds in their intrinsic qualities and for what they are: vibratory phenomenon. But also for their broadcasting into the listening space, our perceptions on it, and the various states of consciousness induced by the listening that led us in the intimacy of the sound, into our own intimacy.
Years after years, he used several electronic and electro-acoustic devices during concerts, for recordings and sound installations, and during collaborations with other artists. The sounds he often uses are coming from feedbacks effects of analogical devices for the broadcasting and treatment of sound (mixing boards, effects…), then transformed or not by computer processing.
In the continuity of these researches, since 2005 he also plays a more instrumental music using crystal singing bowls. These bowls are made of powder of high tempered melting quartz (silica) as crucibles. They are conceived for an industrial use, in the manufacturing of components for the new technologies. The music composed with these crystal bowls is acoustic but the purpose and the listening remain the same than his music composed with the electronic devices.
He also creates dream-like sonic compositions using sounds field recorded in the wild during his travels. Like recently a série composed of sounds recorded in Honduras in mangroves, in tropical forests and on the sea-side.
May 2010, Frédéric Nogray and Stéphane Rives (French musician who is living in Lebanon) create the abstract electronic duo « The Imaginary Soundscapes ».
Frédéric Nogray plays concert in solo or during improvisation meetings with other musicians. He also collaborates with different artists for choreographies, performances, video art, installations, photography exhibitions, meetings, workshops with students, silence…