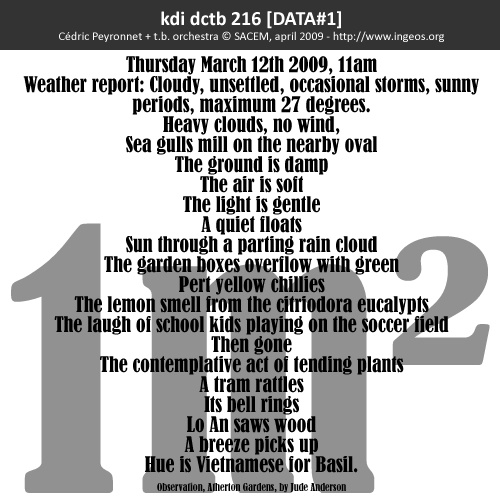 kdi dctb 216 was a 12 mini-CD series published by kaon between 2009 and 2010. Each CD contains a 12 minutes sound piece, composed each month by Cédric Peyronnet : toy.bizarre – between March 2009 and April 2010, based on observations and data reported by Jude Anderson about 1 m² of the Atherton Gardens, City of Yarra (Melbourne, Australia) .

This project was part of the “in-habit # 3 – one square metre” residence and inspired by Gilles Clément’s “Jardins Planétaires”. The project was presented in its entirety in an installation/concert on February 2010, 26th in Melbourne in collaboration with Australian sound artist Jacques Soddell , Jude Anderson, (Artistic Director of the In-Habit residency), as well as other In-Habit artists at Abbotsford Convent, and refer as well to the convent’s “French Meadow” site. 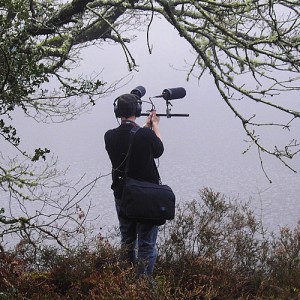