Firth issue of the second season of “La Rivière” CD series, “Acquiescence” by Tarab  is a new work from, and inspired by the series of recordings made around the Taurion Valley . 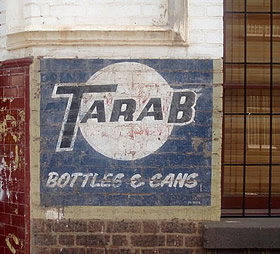 Eamon Sprod / Tarab explores re-contextualised field recordings and tactile gestures formed into dynamic, psycho-geographical compositions inspired by discarded things, found things, crawling around in the dirt, junk, the ground, rocks, dust, wind, walking aimlessly, scratchy things, decay and most if not all the things he hears and sees.

More than simply documenting a given site, tarab is interested in a direct engagement with our surrounds, teasing out half narratives, visceral sensation, false leads and heightened awareness.