Sixth issue of the first season of  ”La Rivière”  CD series, « O Païva » by Pali Meursault  is a new work from, and inspired by the series of recordings made around the Taurion Valley. 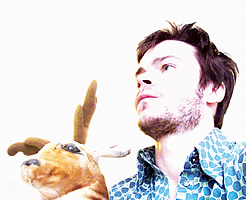 For about ten years, Pali Meursault take his microphones out on glaciers in the Alps, in the Amazonian forest or very close to steelworks furnaces. His works might take the shape of performances or installations, radio works or records…
Parallel to those released on And/Oar or Entr’acte, he runs Universinternational label, collaborate with Ici-Même collective in Grenoble and publishes articles reviews such as Esse or Revue&Corrigée.