Fourth issue of the third season of  “La Riviere” CD series, « Are fishes nihilist? (all this is not realistic) » by D’incise  is a new work from, and inspired by the series of recordings made around the Taurion Valley.

To work with recordings – and specially field-recordings – made by someone else is a strange, and difficult, task.
It put me in front of the meaning I want to give to my practice, to my music.
If Cédric Peyronnet’s recordings have a phonographic vlaue and will – transcribe or caputre the sonic of a place and time – what can I myslef bring ? Something that’d be in any case a second stage.
The first quasi obvious step is to operate a selection in the selection, to admit everything Cédric did record I wouldn’t have necessary done or kept it.
Comes after the question of my relation to sounds, I confess not to be a “sacralist phonographist”, at the contrary it’s because of an affinity with some tools more than with others – the microphone more than the programming – that I began to work with concrete sounds.
I believe I’m rather looking for an abstract poetry in the sounds than for an realistic evocation. Natural forms and movements interest me as models to escape certain cultural formatting but I haven’t any particular respect for them in the uses I do.
Facing Cédric audio takes two things appeared clear;
One, I couldn’t fully catch the phonographic aspect of these recordings for some almost absurd reasons, I was hardly able to separate the fixed bird songs to the one incoming from my open window – adding to that a defected heater for the aquatic doubt, I work the best I can by night with headphones, missing a soundproof space.
Two, I felt very detached of the “phonographique” idea (a lack of proper technical means had drive me apart of this practice these last years), I realized how much I carried an iconoclast force in my relation to recorded sounds. With a certain irony, I came to the conclusion, field-recording=synthesis. ( I look into each sound for the particularities – pitch, timbre, grain – I like, and give them a new shape, most of the time far from its original context.)
The imaginary presence of a river haunted me during the composition, asking myslef how and if I should integrate it in the piece structure. I thought about the loss of water, the drought, this ultimate reversal where remains the still visible traces of a disappeared flow.
But even that seemed too obvious (or worst, a repetition of thematics I already used in the past). I rather looked to take a maximum distance with this realistic influence, building according to a precarious non-logic, too long durations, sudden interventions, non-progression, arbitrary cuts … All along the piece remains a tension between our instinct to reconise a famailiar nature noises and the brutal intervention on the reality.
As for the fishes, birds and others insects, we’ll never know how them listen to us 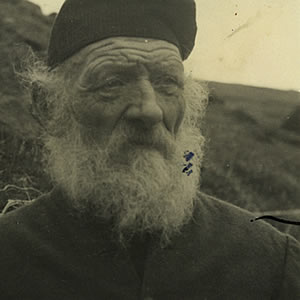 d’incise (1983), electroacoustic musician, doing both composed and improvised works, from so called electronica to musique concrète, drone, EAI and post-reducionnism influences.
He focuses mainly on generation and manipulation of acoustic sound sources and objects, loves feedbacks and digital glitches as well. He tends to extract the most tiny details of the elements, appreciates slowness and obsessive explorations of simple processes.
He coordinates the Insubordinations netlabel, dedicated to improvised musics, and was actively inside the Audioactivity collective and netlabel, does graphic design and works sometime on sound installations. Deeply influenced by the free culture thinking he loves to share and spread its albums and creations on the web.